A brewing school can help you get the necessary skills to make distinctively satisfying beers.

The field of brewing science is awash with potential. A growing number of microbreweries and brewpubs rely on the talents of highly trained brewers to keep their taps flowing and their customers smiling. With training in brewer science, you can help make people's social lives sparkle.

Brewing schools can teach you about the entire process of making beer, from handling the grain and analyzing the malt to controlling the quality and creating the flavor. You can also explore the science behind fermentation and learn about efficient packaging processes. And your training could open up a world of extraordinary opportunities in the exciting field of beer production.

So start learning the skills you need to find success in the beer-making world. Request more information from a brewing school featured below!

4 Great Reasons to Become a Brewer

Are you ready to explore a career that's all about making amazing beer? Here are four excellent reasons to earn beer certification from a brewmaster school:

1. Brewers get paid to make beer.

Is beer brewing a significant curiosity or a budding passion of yours? Many professional brewers start out as home-brew hobbyists who love the process of experimenting and trying new recipes to find just the right taste or flavor. For some people, the fact that brewers can make money while making beer is reason enough to get into this field.

2. Brewers aren't stuck behind a desk.

Brewmaster is not your typical office job. Brewing allows you to be physically active as you perform a variety of tasks, from moving grain and sterilizing tanks to refining recipes and conducting brewery tours. You might even get to supervise beer tastings and watch people enjoy the fruits of your labor.

3. Brewers are in a field with expanding potential. 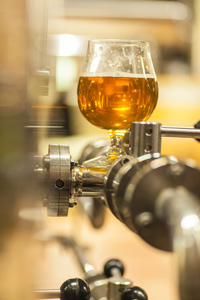 Completing a training program in brewing science can lead to plenty of opportunities. Check out these statistics from Beer Canada:

4. Brewers can work in a wide range of geographic areas.

Brewing school training can prepare you to start your own beer-making operation or find work in breweries across the country. The number of breweries in Canada grew eight percent between 2019 and 2020, according to BeerCanada. Ontario is home to the most breweries, with 350 across the province, Quebec with 240, and British Columbia with 200.